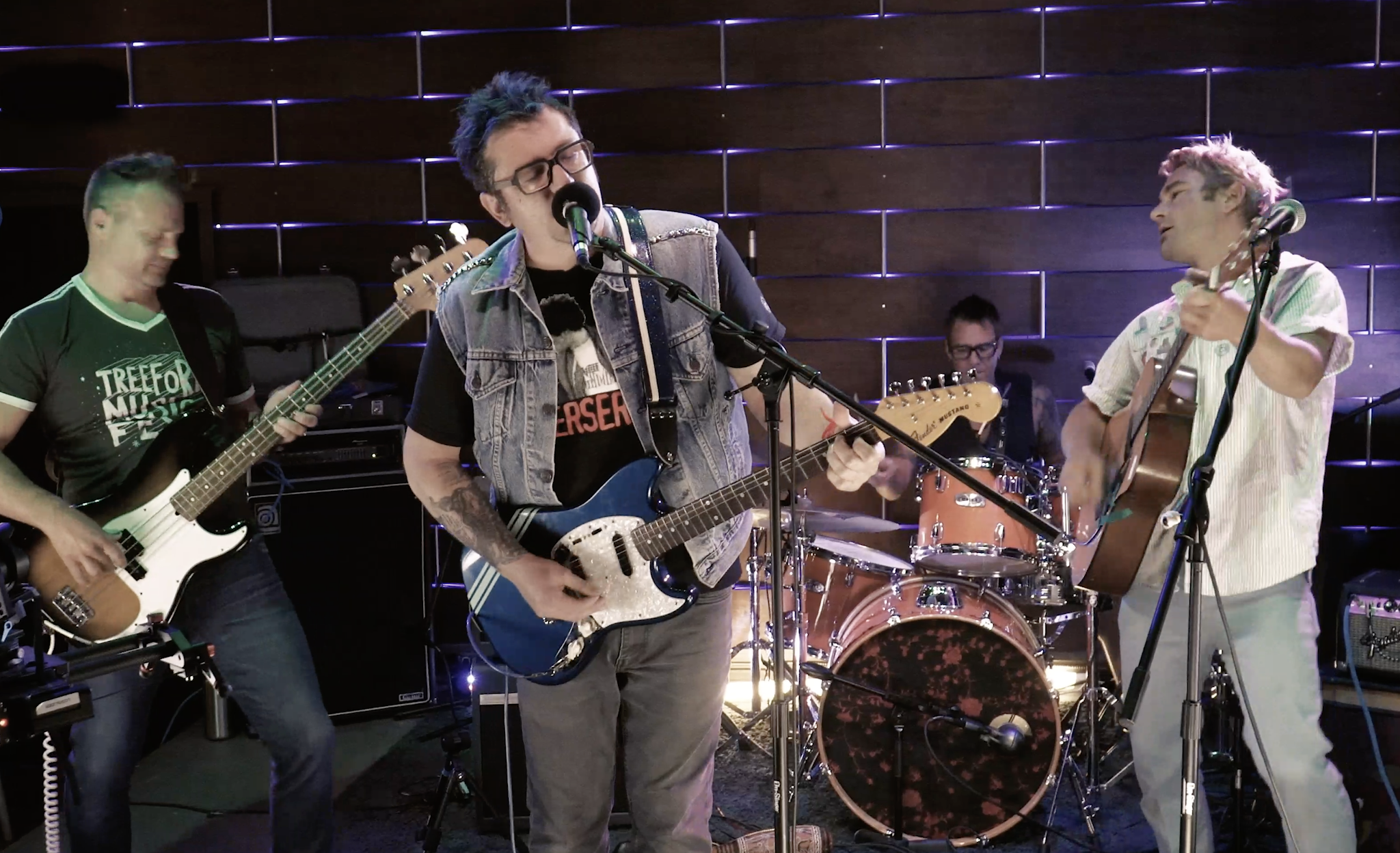 For the fourth installment in Season Two of our Three Song Set series we welcome Sons of guns back to the HQ stage!

Initially formed in Seattle in 2004, the four-piece band are no strangers to La Grande and the Grande Ronde Valley. Guitarist and vocalist Gregory Rawlins calls La Grande home, while guitarist and vocalist Mike Surber lived in town for many years, prior to relocating to Eugene. Drummer Seth Johnson and Bassist E.J. Sander both currently live in the Seattle area.

The band recently finished recording their fourth full-length album, titled Emerald Evergreen. While they were unable to embark on their scheduled tour to support the album due to COVID-19, they have continued to work together via the internet, and have been writing new music in a granular fashion by recording and passing tracks back and forth online.

This is the first time the band has played together in 5 months! We are very grateful to have had the opportunity to record and hang with these guys while they were in town.

Your cart is empty
Visit The Shop